Recession-Proof Restoration by the Numbers: Northeast

Recession-Proof Restoration by the Numbers: Northeast

When you think of the East Coast you likely picture images of a Dunkin’ Donuts, historical architecture, the fast-paced hustle and bustle of big city living, and of course, extreme cold temperatures and weather conditions. With freezing temperatures and high levels of precipitation, Massachusetts, Maine, New York, and New Jersey residents can expect some level of snowfall each year. But not only is the East Coast marked by cold temperatures and frequent snow storms, many of these states also experience the severe effects of hurricanes and flooding as well. While you may only think of hurricanes hitting states along the Southern coast and the Gulf of Mexico, like Florida and Louisiana, several East Coast states, including Rhode Island, Maryland, Delaware, and even New Hampshire, have costly damages and flooding resulting from hurricanes.

So what exactly is causing all of this extreme weather throughout New England states? The simple and quick answer to this question is: global warming. With human interference directly affecting the environment, storms — including both blizzards and hurricanes — have become more intense, longer, costlier, and more severe. In the Northeast specifically, the warmer air present over oceans, resulting from climate change, feeds the water resulting in a surplus of carbon-related energy. This added energy results in extreme pressure changes including lower air pressure which leads to larger storms, bomb cyclones, increased wind speeds, and bigger storm surges. With natural disasters becoming more extreme and common worldwide, 2017 saw the costliest damages in history, totaling $135 billion, with the United States claiming half of that number. Throughout the East Coast, the effects of blizzards, hurricanes, freezing temperatures, and flooding adds up to at least $1 billion in property damage costs per year.

What To Expect in New York, New Jersey, and Massachusetts 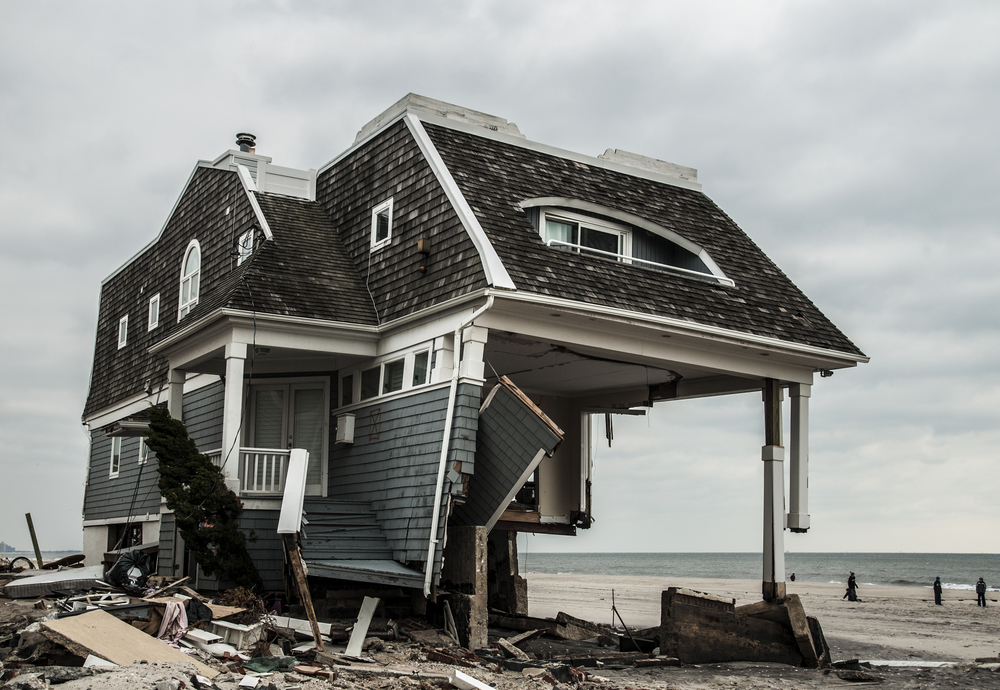 Of the states along the East Coast, New York, New Jersey, and Massachusetts experience the largest and most expensive natural disasters — with several of these costs resulting from historic weather events like record snowfall and extreme, record-setting effects of hurricanes. For instance, within the past several years, Massachusetts has had record amounts of snowfall. Residents of Massachusetts are no strangers to deep snow and long winters, over the past 25 years they’ve seen extreme levels of snowfall during unexpected blizzards — the highest amount resulting from a snow storm in state history that occurred in February 2003 with levels reaching 27.6 inches. Additionally, two of the five highest snow storm events throughout the state occurred recently in February 2013 and January 2015, with snow reaching heights of 24.9 inches and 24.6 inches, respectively. During the winter of 2014 to 2015, Boston not only set record highs for a single storm, but for the entire winter — this area saw 108.6 inches of snow with 64.9 inches occurring in February alone.

Like Massachusetts, New York and New Jersey also experience a lot of snowfall each year with frequent blizzards and freezing temperatures. For some perspective, an average snowstorm can end up costing around $1 billion in damages, although with global warming leading to more extreme storms, even these costs are rising. In recent years, winter storms Juno and Jonas have been the most costly for home and business owners throughout New York and New Jersey. In January 2015 for example, winter storm Juno ended up causing $3 billion in estimated damages, while one year later in January 2016, Jonas dusted the region in 30 inches of snow and resulted in $4.6 billion worth of damages.

On the other end of the natural disaster spectrum, New York and New Jersey also experience the negative effects of hurricanes. While it may not be a storm directly hitting their shores, these two states often have high levels of rain, strong winds, and flooding resulting from storm surge. Hurricane Sandy is likely the most infamous storm that has hit New York and New Jersey in recent years — causing extensive power outages, transportation delays, and property damage. In New York alone, repairing the extensive damages caused by Sandy cost $40 billion. 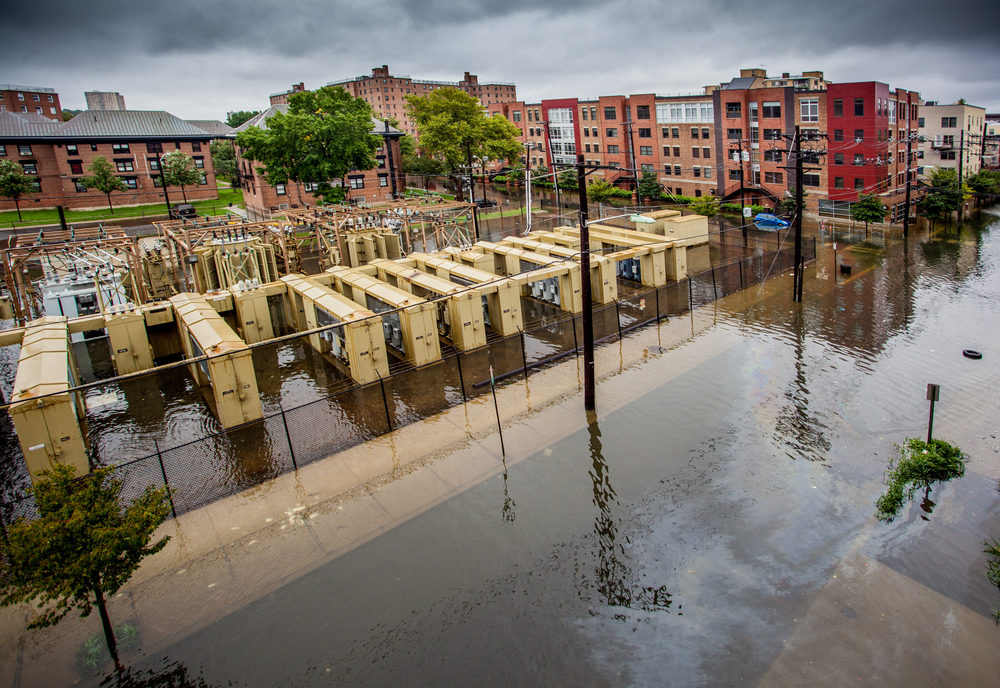 While blizzards and winter storms may the the most common weather event affecting the Northeast region of the country, hurricanes are also increasingly becoming a severe occurrence. But, if these tropical storms are forming in the tropical waters near Florida, then how can they affect the Northeast? With the effects of global warming, hurricanes are moving and shifting further towards the poles, with northern states like Maine, Vermont, Connecticut, and Rhode Island experiencing heavy rains, intense winds, and storm surge.

Storm surge resulting from recent cyclones like Hurricane Irene and Hurricane Sandy has greatly altered the shorelines reaching from Connecticut to Maine. From Hurricane Sandy alone, the New England states wracked up over $392 million in damages, with the following breakdown by state:

Of all of the states along the East Coast, Pennsylvania, Maryland, and Delaware are likely among the safest to live. However, even these relatively safe states still have their fair share of unfortunate natural disasters like their neighbors to the North.

For example, due to their locations, these states often experience the negative effects of hurricanes, blizzards, and freezing temperatures. Additionally, these states often suffer from severe flooding during extreme weather events like hurricanes and strong storms. All and all, regardless of where in the Northeast you live or own a business, you’re sure to experience some form of extreme weather that may lead to property or water damage. However, for restoration professionals in the area, the increased climate change presents a unique opportunity to help others in the area with a Fresh Start by franchising with 911 Restoration. 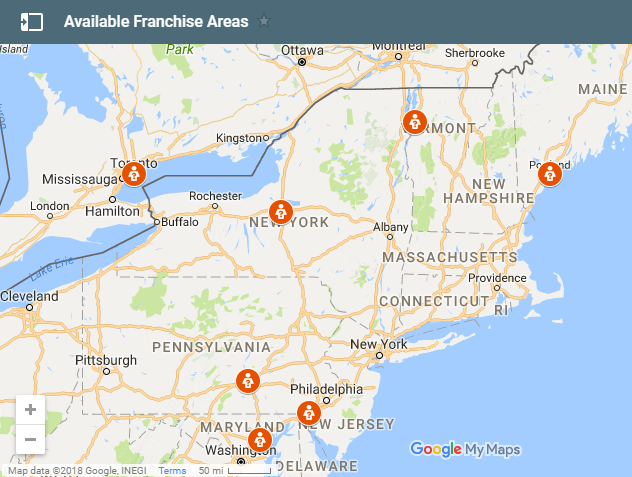 When you join the exciting and rewarding restoration franchise industry, you’re joining a team of caring and knowledgeable individuals dedicated to making a difference throughout their communities. With natural disasters and record-setting weather events battering the East Coast like never before, restoration professionals are in more need than ever to minimize property damages and add an empathetic touch to help restore peace of mind to property owners.

Additionally, you’ll be becoming part of a growing, recession proof industry that is currently valued at about $210 billion and rising. In fact, each year property damage totals are increasing — in 2017, residential losses totaled $170 million, while commercial owners reported $40 million. Become a part of this growing industry today by becoming a part of our 911 Restoration franchise family. We have several exciting restoration franchise opportunities located throughout the East Coast, including:

Are you looking to become a part of a dynamic, helpful, and growing restoration franchise? If so, look no further than 911 Restoration — we’re looking for creative and motivated individuals seeking to make a positive change throughout their community while also making some good money in a recession-proof $210 billion industry. To learn more about our restoration cleaning franchise opportunities throughout the Northeast region, call us at (877) 412-5549 or get started today by downloading our FREE starter kit here!