Recession-Proof Restoration by the Numbers: Midwest

Recession-Proof Restoration by the Numbers: Midwest

The Heartland of America is made up of the Midwest land-locked states of the country including Oklahoma, Kansas, North & South Dakota, Nebraska, Michigan, Minnesota, Wisconsin, Iowa, Ohio, Indiana, Illinois, and Missouri. While the Heartland holds many treasures, the area is home to some of the most extreme weather conditions throughout the country. Being a homeowner or business owner in the Midwest means you are well-acquainted with extreme weather through this region that includes freezing temperatures, severe flooding, tornadoes, and even earthquakes.

With increased effects of global warming and sporadic weather conditions, the Midwest is at a greater risk for increased instances of heat waves, flooding, droughts, and late spring freezes. Each year, these natural disasters account for over $1 billion in damages throughout the region — in 2011 alone, 11 of the 14 United States weather-related disasters with damages exceeding $1 billion affected the Midwest. Frequent storms displace local populations in this region, causing extensive damage to both residential and commercial properties. These extreme weather conditions are calling for a rising need for disaster restoration experts and restoration services throughout the Midwest area. 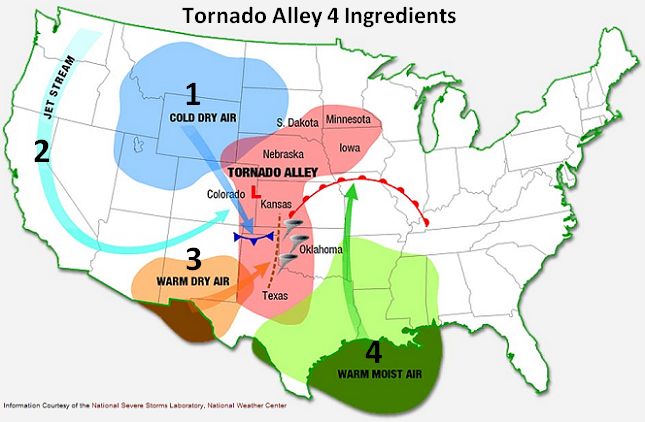 Affectionately referred to as “Tornado Alley”, these Midwestern states — North Dakota, South Dakota, Nebraska, Kansas, and Oklahoma — consist of 500,000 square miles of the southern plains with increased occurrences of supercell thunderstorms and violent tornadoes. This area of the country actually experiences the most tornadoes annually in the world, with at least 1,000 or more instances of tornadoes each year, and 20 of those being considered extremely damaging. From the years 1991 to 2010, the average number of tornado occurrences per year was exceptionally high, with the following breakdowns by state:

Along with several other Midwestern states, including Minnesota, Iowa, Missouri, and Illinois, these Tornado Alley states claimed the highest numbers of tornadoes in the country. Between 1993 and 2012, the average insured tornado-related property losses per year exceeded $7.7 billion. In 2011, throughout the country, $27 billion in damages were reported from severe thunderstorms and tornadoes alone. In addition to frequent instances of severe thunderstorms with tornadoes, this region of the Midwest is subject to droughts which can lead to unexpected wildfires, freezing temperatures, winter storms, and flooding. 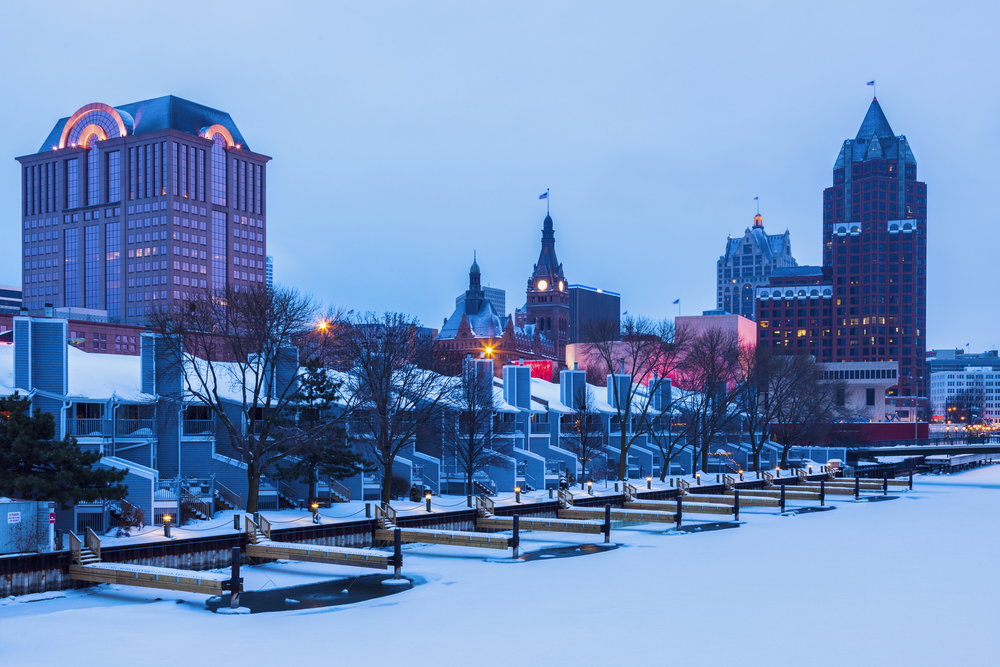 While the northern-most region of the Midwestern states doesn’t receive the most extreme or frequent instances of tornadoes or earthquakes, these residents can expect their fair share of any of these natural disasters and have more instances of freezing temperatures and winter storm property damages. Flooding in these regions is a common occurrence due to overflowing rivers and lakes and in 2017 Wisconsin had to declare several states of emergency that were flood-related. Another huge contributor to rising instances of flooding throughout Minnesota, Michigan, and Wisconsin is that snowfall makes up about half of the total annual precipitation in the area, and this combined with spring melt and heavy rainfall can lead to widespread and catastrophic flooding.

As one might expect with these states situated in the North, many of their disaster related instances are due to extreme wintry weather conditions and freezing temperatures. As climate change continues to cause harsh, long winters and sub-freezing temperatures, these Northern regions are more susceptible to property damages including roof collapses, frozen pipes and burst pipes, and subsequent water damage. In 2010, winter storms contributed to over $2.6 billion in property destruction, with the average claims totaling $20,000 to $30,000. 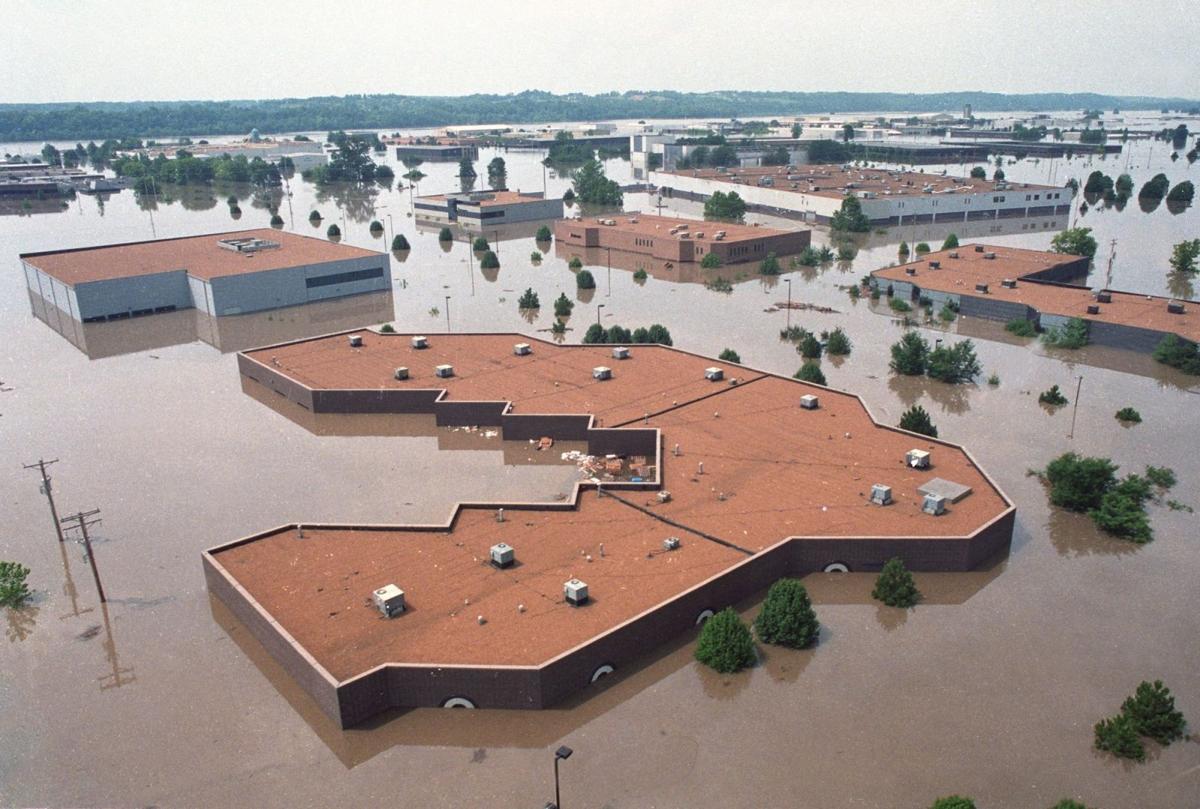 The remaining Midwestern states, including Ohio, Indianapolis, Illinois, and Missouri, are at the greatest risks for flooding, but also feature a high number of tornadoes, severe thunderstorms, freezing temperatures, and earthquakes. According to findings reported by NPR, the Midwestern region of the country is actually the least prepared for natural disasters, leading to billions of weather-related damages reported each year.

With climate change effects worsening every year, this region of the United States faces more extreme precipitation than ever seen before. These states can experience three or more inches of rain in less than a 24-hour period and this torrential downpour can cause hundreds of thousands of dollars in damages. Due to these intense and frequent storms occurring from early spring through the fall, these Midwestern states experience high levels of flooding, which translates to the most costly natural disaster-related damages in the region. Iowa, Kansas, Nebraska, and Missouri actually have the largest number of flooding insurance policies; between the years of 2006 and 2010 the average flood claim for these areas was around $34,000. Below are three of the most extreme and costliest instances of flooding throughout these areas in recent years, according to FEMA:

While flooding is a major concern for residents throughout Missouri, Illinois, Ohio, and Indiana, tornadoes and earthquakes are also cause for worry. States located throughout Tornado Alley receive a majority of the reported tornadoes in the U.S. each year, however, Illinois and Missouri can rival these numbers, with 54 and 45 instances per year from 1991 through 2010, respectively. In 2011, the tornado that swept through Joplin, MO destroyed homes and properties throughout the area, resulting in $2.8 billion in damages.

You may only think of California when challenged with earthquake trivia, but the New Madrid fault line located throughout areas of the Midwest and South is also responsible for serious seismic activity, and is actually the most active seismic area east of the Rocky Mountains. The New Madrid fault line affects eight states total and starts in Southeast Missouri and stretches Southwest. Illinois, Indiana, Missouri, Arkansas, Kentucky, Tennessee, Oklahoma and Mississippi are all affected by this seismic zone. In Southern Illinois alone for instance, there are at least one or two minor earthquakes per year. 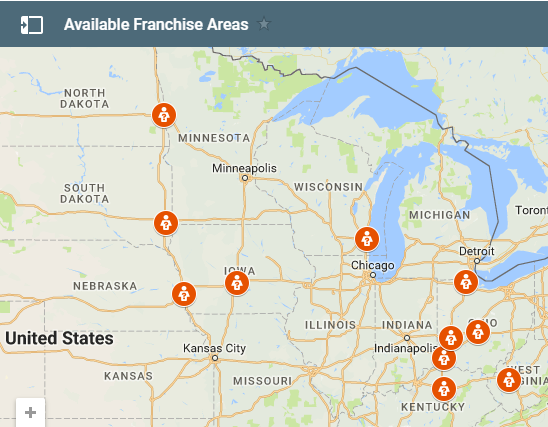 With global warming becoming an increasingly damaging natural effect, cities and towns throughout the Midwest, more than ever, need the caring attention of local restoration professionals to assist them with rebuilding and restoring their lives. At 911 Restoration, we pride ourselves on making a difference throughout communities located throughout the U.S. and offer fast growing restoration opportunities specializing in water, disaster, and fire restoration as well as mold remediation.

Disasters throughout the Midwest are totaling more than $1 billion in damages each year, and the restoration industry is one of the fastest growing and most stable businesses in the country. Currently at 911 Restoration we have several exciting and life-changing Midwest restoration franchising opportunities available throughout the Heartland of America, including available franchise locations in the following cities and states:

Make a difference in the Midwest by starting a new and exciting restoration franchise with 911 Restoration — work with residents throughout your community and experience how rewarding it is to be part of a growing, innovating, and caring company. We have several franchise opportunities available for motivated individuals throughout the Midwest and invite you to learn more about our expansive and supportive network today by downloading our FREE starter kit or calling us at (877) 412-5549 to speak to a franchise specialist.