From Small Business to Market Leader

Currently ranked among the top restoration franchises in the nation by Entrepreneur, 911 Restoration began as a small carpet cleaning business taken over by two of its former employees: Idan Shpizear and Peleg Lindenberg.

Before becoming business partners, Idan and Peleg were army buddies who established a lifelong friendship through the trials and tribulations of boot camp and 22-mile marches. After leaving the military, they moved to Los Angeles, California, in search of lucrative business opportunities. All they had was a couple thousand dollars and a one-bedroom apartment, but their determined pursuit of the American Dream transformed the duo from carpet cleaners to company owners in only a year. They soon expanded their services to include fire cleanup and water damage restoration and explored innovative strategies for growing their business. Idan spent 10,000 hours learning online marketing techniques, and within 18 months, their restoration brand had grown from earning $15,000 to $150,000 a month in sales.

And their journey had only just begun.

Leading the Industry with the Fresh Start Philosophy

By 2005, 911 Restoration had become a thriving restoration company. When Hurricane Katrina struck Louisiana, Idan joined colleagues from all over the country who flocked to New Orleans to help the community rebuild.

Given their own story of struggle and hard-earned success, Idan and Peleg adopted the Fresh Start philosophy — a deeply held belief that every challenge is an opportunity to rebuild stronger and better than before. During his visit to New Orleans, Idan found that this philosophy enabled him to serve not only the local property owners, but also the colleagues he met along the way.

Idan got to know many restoration business owners who complained about business challenges that were all too familiar to him. They weren’t seeing the growth they wanted. They had hit a plateau in profits and didn’t know what to do differently. Idan saw an opportunity to offer his colleagues the same Fresh Start he provided to his customers. He began to share his business expertise and online marketing knowledge. He mentored other entrepreneurs and guided promising businesses through professional hardship to discover new opportunities and a brighter future on the other side.

When Idan and Peleg realized that they had the skills to grow not only their own business, but others as well, the team recognized a chance to expand 911 Restoration even more. In 2008, the 911 Restoration franchise was born.

Now serving more than 150 million people in the US and Canada, 911 Restoration has become one of the fastest growing franchises in the United States. Today, the owners are no less driven to innovate and expand than they were in those early days of problem solving together in a one-bedroom Los Angeles apartment. It is because of this consistent determination — and the help of a brilliant team — that 911 Restoration now boasts some of the most sophisticated systems in the restoration industry.

Idan and his team have created their own tools for business management, reporting, business development, and sales. They’ve streamlined systems so every franchise owner is set up for productivity, efficiency, and success. One of the company’s most notable innovations is Gazingle, an in-house CRM system and app allowing franchisees to track leads, close sales, and manage receivables.

911 Restoration also birthed Milestone SEO, an internet marketing engine originally designed to support the growth of 911 Restoration. Headed by Chief Marketing Officer Miri Offir, Milestone SEO has become a game-changing solution for both 911 Restoration franchise owners and a broad spectrum of small business clients who dream of moving into a more sustainable system of company growth.

Idan Shpizear is quickly emerging as a thought leader in the realm of entrepreneurship and restoration management. He and Miri have supported and worked with thousands of business owners, guiding them through the growing pains that come with building a business and helping them turn today’s challenges into opportunities for growth. And that transformation begins not just with new tools and techniques, but with a change in attitude as well.

A Company Culture Built for Success

911 Restoration continues to grow steadily day by day, guided by a clearly defined company culture that is as important at the franchise level as it is at company headquarters.

The nationwide 911 Restoration team values clarity, growth, and accountability. Together, Idan and Miri have worked to promote clear expectations for company representatives. Miri’s innovative efforts for defining 911 Restoration culture have ensured that employees and franchisees alike are set up for personal and professional success.

Every team member assumes responsibility for their own contributions and development, but they also serve as cheerleaders for one another. The result is a widespread network of support and information facilitating both personal and professional improvement at every level. Like Idan, Miri champions the growth of the individual, understanding that the company thrives only when its employees do.

It’s incredible to see how 911 Restoration has grown from a two-man operation to the national franchise it is today. As far as Idan is concerned, the success of 911 Restoration is evidence that an entrepreneur possesses limitless potential, if only they are willing to push through the struggle and reach for opportunities to evolve and learn.

Of course, the journey is far from over. The company continues to expand, with ongoing opportunities for new franchise owners to join the team and discover their own Fresh Start in a lucrative field. 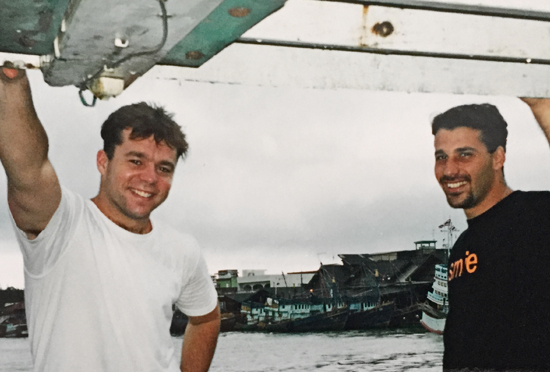 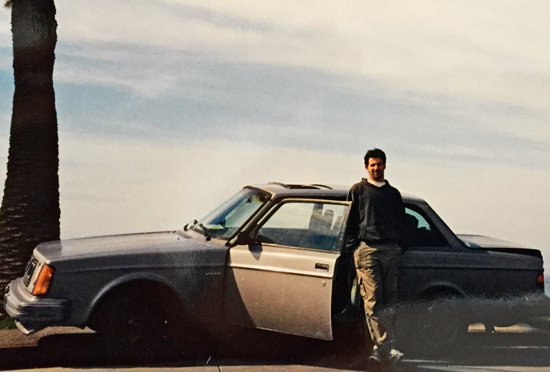 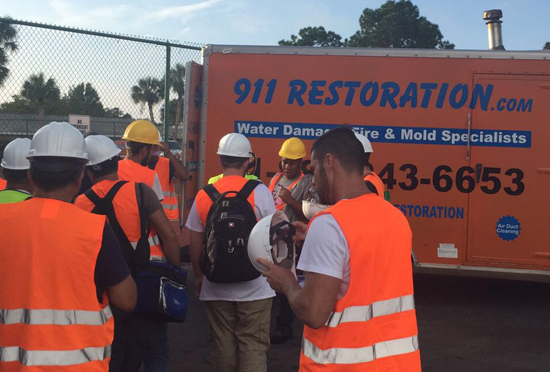 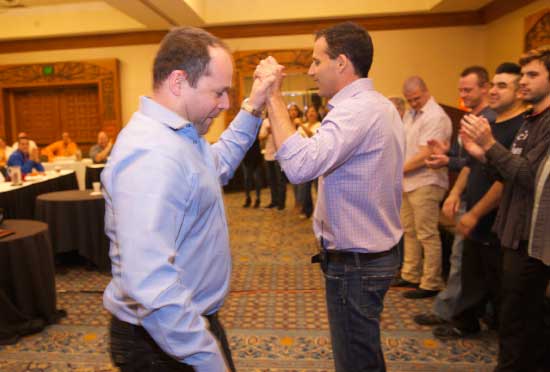 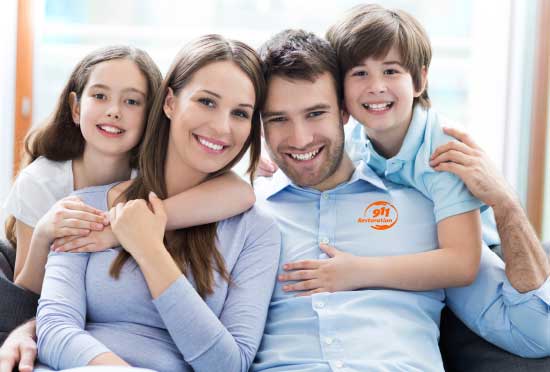 "My whole life and everything around it
has changed because of 911 Restoration."