Todd knew things couldn’t go on like this much longer. Kyle, his sales manager, had dropped the ball one too many times. Their close ratio was down, customer reviews claimed it took too long to get a call back, and Todd could tell Kyle’s attitude had gone from can-do to won’t-do. It was time to have a serious conversation for the sake of the business. But Todd wasn’t looking forward to it.

He was convinced Kyle would get defensive. Kyle would say he’d been with the company for more than a decade and deserved a little respect. Maybe he would claim that he was underpaid or would threaten to leave. Todd didn’t want to fire Kyle, but in his mind, this conversation about performance would be the first step on the journey to a broken business relationship.

By the time Kyle walked into Todd’s office, the air was already thick with dread. Kyle saw Todd’s face twisted in frustration, noticed the way Todd sighed heavily as both men sat down, and took these observations as a warning he’d just walked into a confrontation. A feeling of defensiveness welled up in Kyle’s gut before Todd even began to speak.

And just like that, the meeting was doomed for failure . . . all because Todd had misused his most powerful tool: 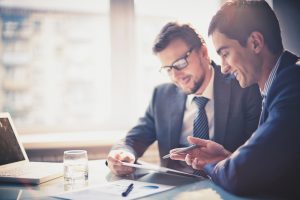 Your Imagination Is Your Greatest Gift. Use It Wisely.

We’ve all been in Todd’s shoes before. Whether it’s a tough meeting at work or a conflict at home, every new challenge and opportunity sends the human imagination into overdrive. Before you know it, you’re convinced you know the way a scene will play out . . . and you’ve completely forgotten that this “inevitable” outcome is something you invented out of thin air.

Imagination is one of the most powerful gifts we have as human beings. No other species has the ability to see something that doesn’t exist yet; that talent is ours alone. And because your imagination helps you see the un-seeable, it can be a powerful guide as you chase down new opportunities. You have the power to envision the life you want and imagine the road you must travel to get there.

So, what does this have to do with Todd and Kyle’s doomed meeting?

Well, Todd is a prime example of being controlled by your imagination when it should be the other way around. The tricky thing about your imagination is that it’s running all the time, even when you’re not thinking about it. You envision how fun your vacation will be, how busy your day will be, even how easy it would be to order in instead of cooking tonight. You are constantly predicting outcomes, whether it’s to evaluate your options, brace yourself against your fears, or distract from the here and now. And because your imagination is just doing its thing on autopilot, it often controls you rather than you controlling it.

You allow old fears to color your expectations. Terrible past experiences turn into inevitable future outcomes. And that’s exactly what happened to Todd. There are an infinite number of ways his meeting with Kyle could have gone, but he chose to fixate on one. His imagination suggested that this conversation would be contentious. He went in on the defensive, giving up control of the outcome before the meeting even began.

It doesn’t have to be that way.

First, let me be clear:

This is not about manifesting what you want by thinking positive thoughts.

This is about training your imagination to guide you toward choices that help you create what you want, instead of constantly defending yourself against what you fear. Plenty of things in your life are out of your control. But if you start every day by imagining what’s possible, you train your imagination to look for new avenues even when you run into roadblocks.

Let’s say that Todd took the time to deliberately envision a successful meeting with Kyle. Let’s say he imagined himself communicating his concerns clearly, giving space for Kyle to share his perspective, and deciding on a mutually satisfactory path forward. Not only would Todd start the meeting on a more open and positive tone, but his imagination would be primed to keep reaching for that objective even if his worst fears came true.

This system works in every aspect of your life, from the company you want to build to the relationships you want to nurture to the kind of day you want to have. The more you practice controlling your own vision, the more flexible and open your mind will be on those rare occasions when your worst fears actually do come true.

How to Practice Using Your Mind for Success 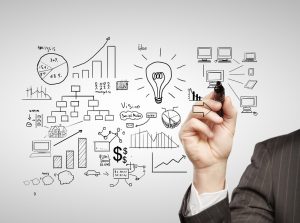 In my own life, I have discovered that the more I learn to use the gift of imagination, the better I am at not only creating a life on my own terms, but also adapting along the way. This all began by developing a skill for imagining a variety of scenarios for any situation. As I approached meetings, hiring decisions, and even conversations with my wife, I imagined a variety of possible outcomes. This trained my mind to be open and respond with flexibility and curiosity.

Here’s how you can practice this skill for yourself.

Choose a situation in your future. It could be a client meeting, an outing with your kids, even a date.

Then, write down different scenarios for how that situation could play out.

For example, let’s say you plan to take your kids to the park for the afternoon. A few possible scenarios would be:

You get the idea. In the end, you’re able to go into that afternoon with a sense of possibility. There are countless ways for you to connect with your kids, even if the day doesn’t go the way you originally hoped. And now you have some ideas for adapting and making the most of every moment.

Now, it’s very important that you write these scenarios down. It may not seem unnecessary, but writing is essential because it focuses your mind on the task. It also allows you to see on paper that there are many outcomes available to you; you’re not limited to the outcome you fear most.

I’ve said it so many times, but I’ll say it again: you are filled with limitless potential. It all begins with your ability to envision the life you want and create transformation from challenges.

So go forth and imagine.